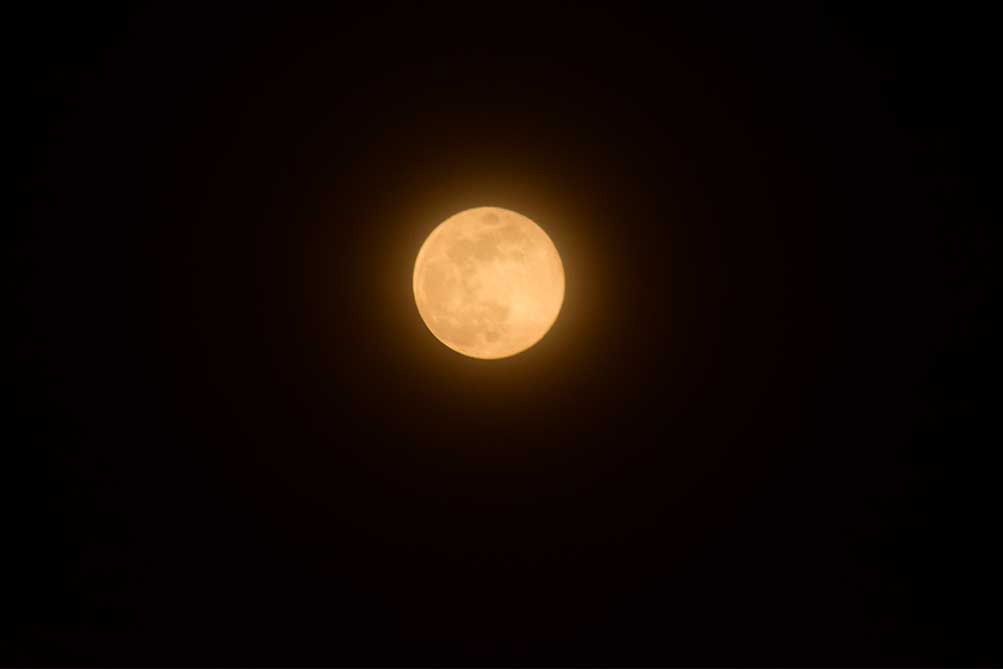 7 Hair-Raising Experiences To Look For In A Sundarban Tour

A mysterious land filled with rustic beauty and intrigue – the Sundarbans – is the hub for thrill seekers and nature lovers. Listed as a UNESCO World Heritage Site – these mystical wetlands are one of the world’s largest mangroves and are home to some of the most fascinating creatures that can be found on the planet.

These rugged jungles – full of mystery and adventure are so named after the dense ‘Sundari trees’ found in abundance in these areas – creating canopied safe heaven for all the big and small creatures that inhabit the area.

But, where there are dense jungles there are bound to be a few hair-raising experiences. Want to know the behind-the-scenes details about the mysterious forests before you book your sundarban tour package?

Then, get ready to read about 7 hair-raising experiences to look for in a Sundarban tour:

Encounter with a Royal Bengal Tiger 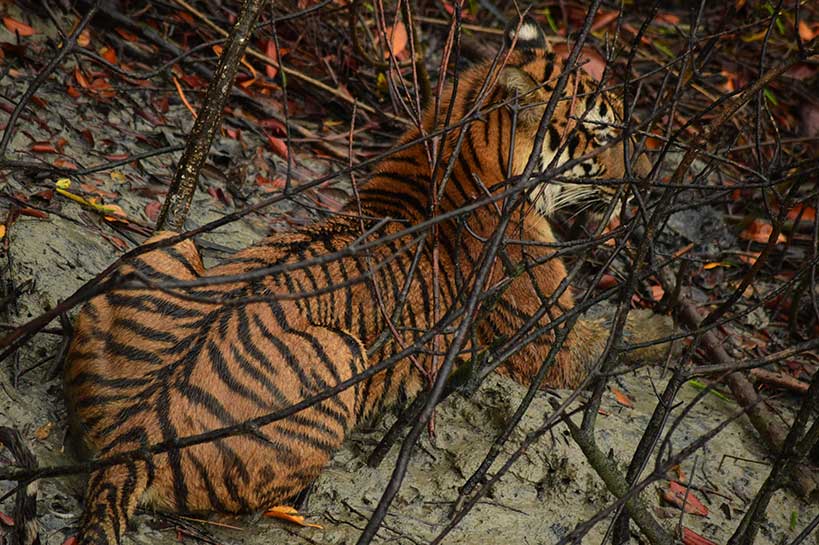 We all know that the Sundarbans are home to the ferocious Royal Bengal Tiger and most of us actually want to see them. But have you actually given it a thought? What would you do if you actually came face-to-face with one of these mega cats?
While seeing them behind cages or wired fences is something else – seeing them upfront with no barrier in between – with their razor-sharp claws and a bite force of 1000 psi – is something else altogether. Yes, these felines are beautiful and certain naturalists might even call them alluring and mesmerizing but behind those bright yellow eyes lies the heart of a wild animal – waiting to pounce and devour its next meal.
So, think about it before actually planning a sundarban trip – would you really like to come face-to-face with one of Mother Nature’s most natural and ferocious predators?

A Cat Which Doesn’t Belong 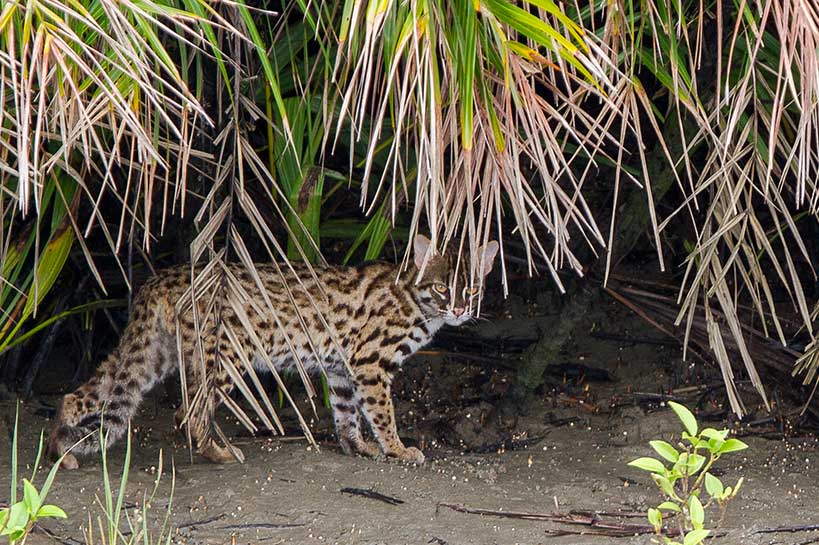 There are more mysterious in the jungles of the Sundarbans than there are in the world – and one such mystery is of the cat which does not belong.
Foresters in the Sundarbans have found evidence of the wild when they noticed the pictures of a never before seen jungle cat. What stopped them right in their tracks is that the cat is bigger than a jungle cat but smaller than a leopard. So, what exactly is it?
Some speculate that it may be a whole new species of the feline family while others say that it may be a melanistic leopard-cat, a rare sight in the animal world.
So, next time you take a tour of the Sundarbans ask your sundarban tour guide about the cat which doesn’t belong and you never know you just might witness the hypnotizing cat yourself.

Beware Of The Forked Tongue 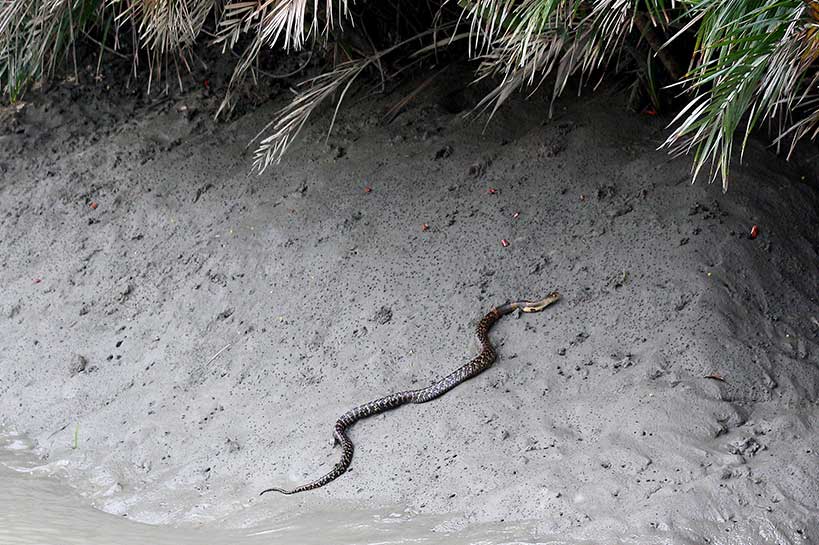 When you plan to take a sundarban tour from Kolkata, you already know the risks involved. You know that you are entering jungle territory – that you are no more the biggest species in the area. But it is not the bigger animals you should worry about – but the thin slender creatures that crawl through the floor of the jungle – the creatures that can slither through any small chink and can even climb trees. Yes, you should worry about the snakes!
The Sundarbans have snakes in every variety – you want poisonous snakes – we have them – you want bone crushers – we have them – you name the time of snakes you want to see and I bet you will be able to find them in the Sundarbans.
Now imagine coming face-to-face with a king cobra or a python – it’s every man for himself then. But no matter how majestic or how beautiful they might look try not to stop for a picture or you never know – you just might be lunch! 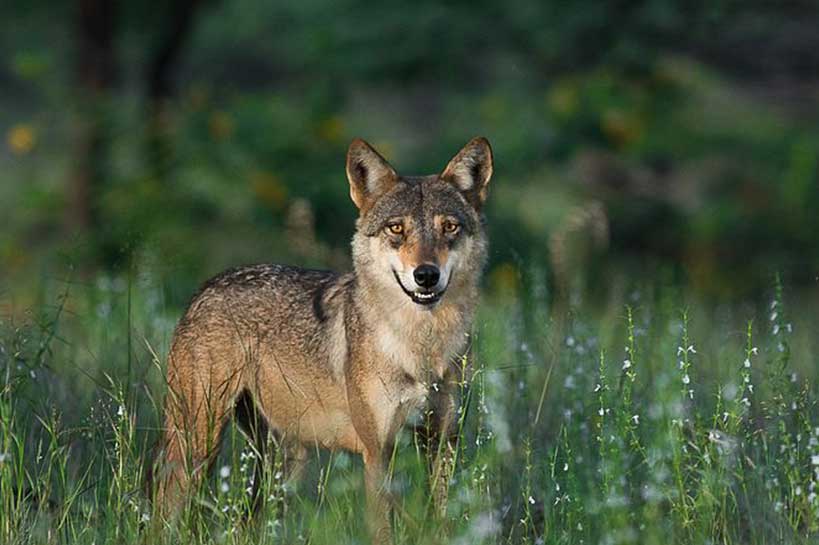 Suppose, you are in the middle of the forest enjoying dinner on a sundarban tour when you expect to hear the roar of a tiger but instead you hear a howl. Not howls just one single howl.
But you know that there aren’t any wolves in the area – or are there? And don’t wolves hunt in packs?
Sighted by many, photographed by few, there are tales of a single solitary wolf who lives in the outskirts of the National Park. Just one. The only facts known about this wolf is that it is male and that he feeds off the live cattle and birds of the villages.
Now, won’t it be a shock – you went to find Sher Khan but found Akela instead?

Chomp Of The Crocodiles

You are on a jetty – traveling the length and breadth of the various meandering waterways of the Sundarbans – you suddenly see a beautiful stork and zoom in to take a picture – and suddenly CHOMP! It’s gone.
That’s what crocodiles are capable of!
The saltwater crocodiles are known as the most ferocious and the most daring crocs in the whole family – with a bite force of 3700 pounds – it can easily crush bone. Known as the largest reptile and weighing over a ton these creatures can not only pack a bite but they also have the brains to plan stealth attacks – most often they pretend to be floating logs and float to the edge of the river – when an unsuspecting animal comes to drink water – then it strikes.
So, the next time you take a Sundarban trip and see a sleeping crocodile – let it be – for you let sleeping crocodiles lie. 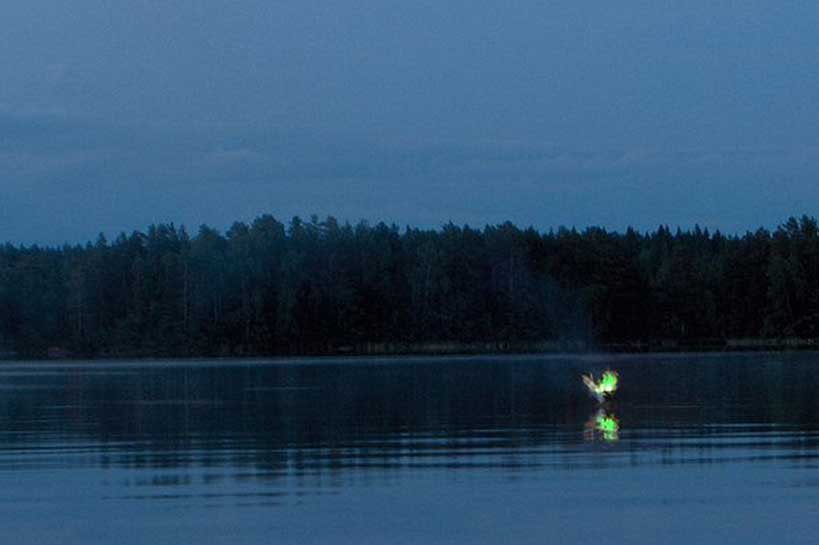 We all love a good paranormal story – but what if the story is really close to you? Like really close. Like only a 100 kms away – then what would you do?
In the jungles of Sundarbans, the Aleya lights are a thing of mystery and paranormal activities. But these are not native to India itself, these blue balls of fire are found in stories all over the world – Jack-o-lanterns, hinkypunks, Will-o’-the-wisp, fairies – these lights are found all over.
But what’s the hair-raising part?
Well, no matter the location these bright blue fireballs are known to be malicious – instead of helping people who are lost – they are generally known to lead people to their deaths.
So, if you ever get lost in the jungles of the Sundarbans try not to follow any floating blue lights of fire – no matter how beautiful – for it might just be the last thing you do!

Phantom Ruins: There One Minute – Vanished The Next 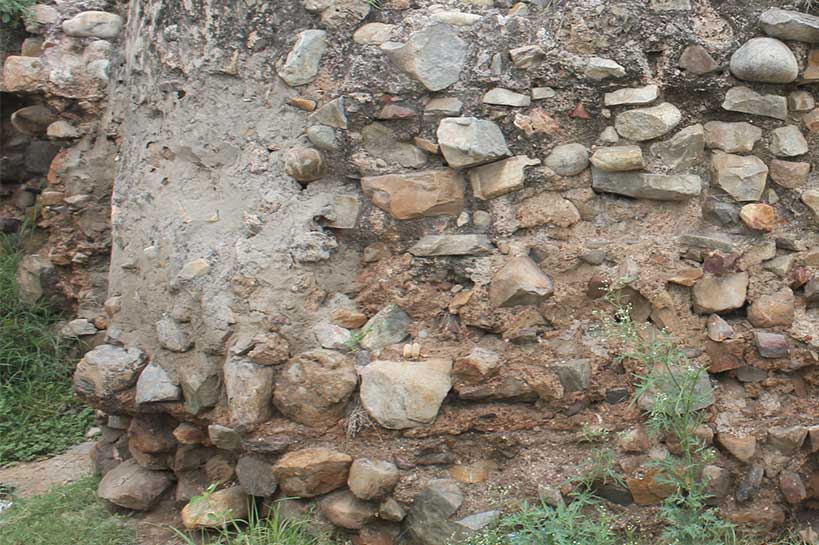 Remember the movie ‘The Mummy’ – the Brendan Frasier and Rachel Weiss version? Remember how Hamunaptra appears with the sunrise? How about having the chance to experience something like that in our very own Sundarbans?
When you book a Sundarban tour you will never be told this but ask any of the locals they will tell you about the phantom ruins – ruins which mysteriously disappear. Most villagers believe that these are works of the ghosts in the forests playing tricks on your eyes but if you are a lover of paranormal activities then you should take a stroll down yourself and see if you can actually find these ghostly ruins or not?

The Sundarban forests are filled with more mysteries and adventure than one can possibly describe. So, why read about it when you can actually experience it? So, why not book a tour and see if you can have actual hair-raising experience on a Sundarban tour yourself. 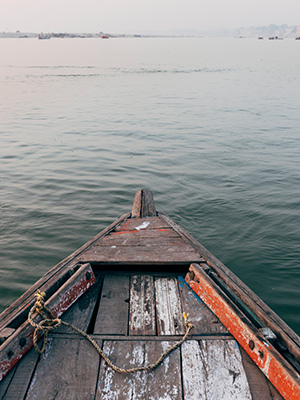 Perfect for those who want to explore the forest’s magnificence within a constrained schedule. Make the most of your limited time to discover the flora & fauna of the mangrove. 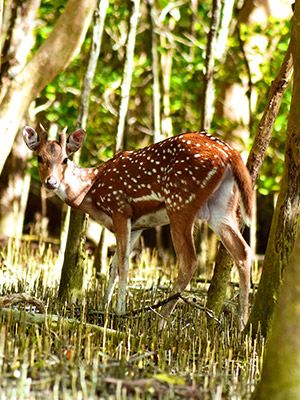 Venture deep into the most unexplored sights of Sundarbans. Get a glimpse of the forest’s amazing species, connect with the locals & experience its mystical culture. 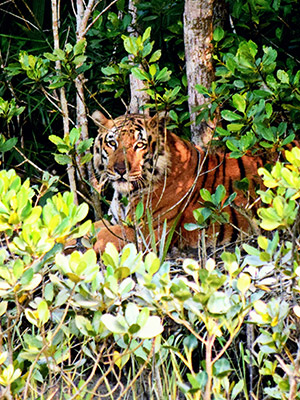 Experience Sundarban & its allure, while relaxing afloat on our Houseboat. Explore the bevy of nature’s exhilarating wildlife at its best. Discover something amazing each day! 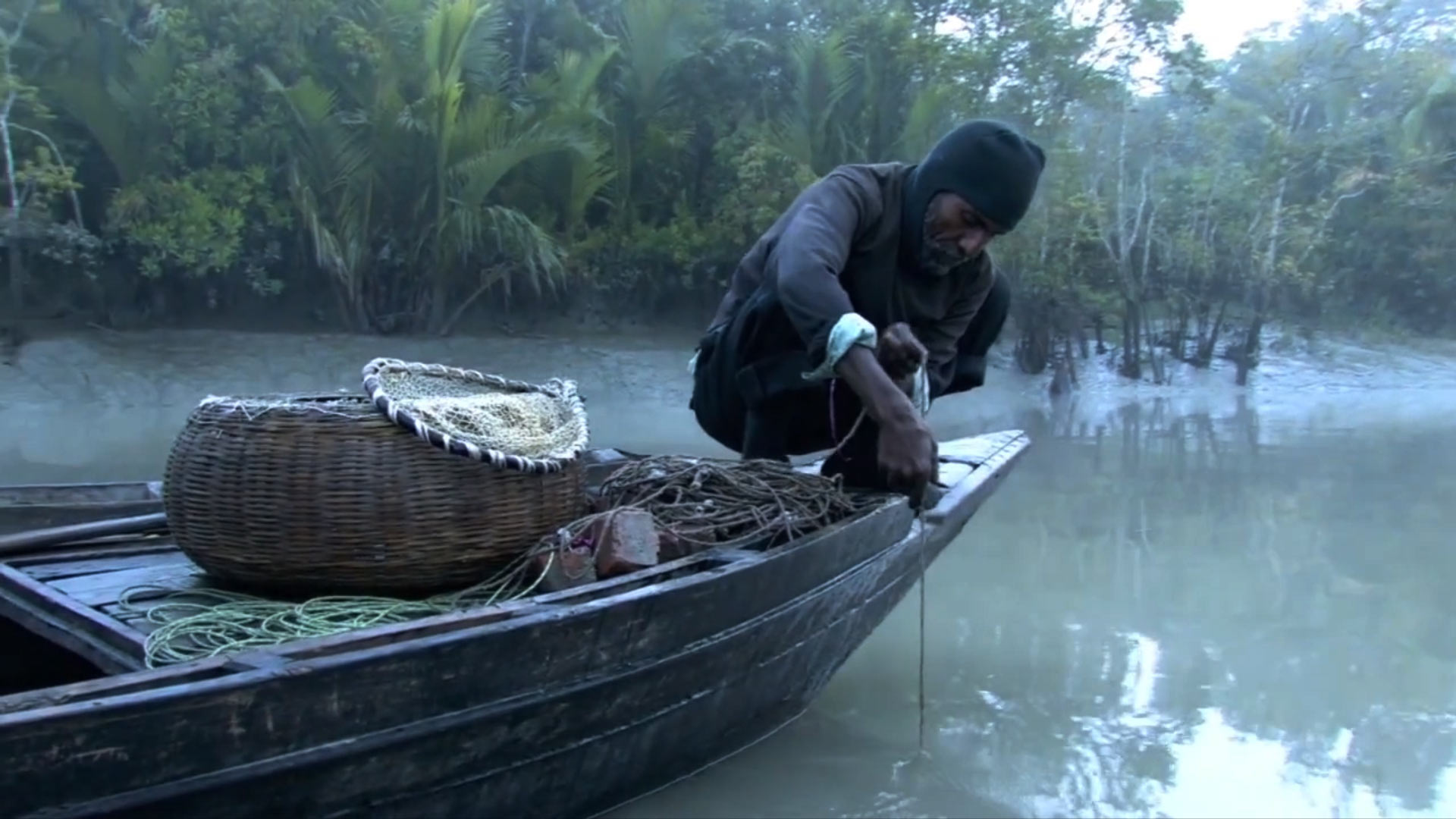 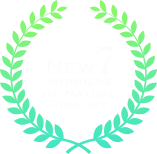 Send Us a Message

Send Us a Message